Continuing our series on looking at what it feels like to work for Technical Foam Services, the UK’s most responsive and trusted foam conversion business (well, in our opinion anyway), Andy Goram from Bizjuicer, sat down with Production Supervisor, Mariusz Brauer. 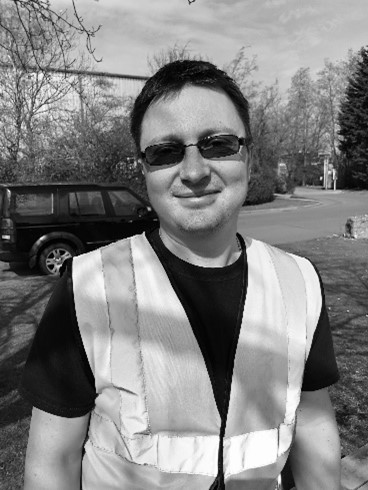 It’s the last days of March and the first days of sun when I get the opportunity to sit down (at a social distance) with Mariusz, so we take it outside and feel the warmth on our backs as we chat about Mariusz’s experiences in working for TFS.

Mariusz is the oldest of three children. He has a younger brother, and sister. We immediately have a connection being the eldest child of three and both laugh as almost simultaneously we talk about how our younger siblings got away with murder compared to us, and were allowed to do things so much earlier. But we’re not bitter and actually, we both liked the responsibility that came with it, which is something that has now followed Mariusz in his career.

He grew up in a small village in the east of Poland. In fact, he lived in the same village and in the same house for the whole of his life, whilst in Poland. He smiles and fondly remembers what he describes as a “fun childhood”. “I was always outside with my friends playing football. Day, night. Winter, Summer. We were always playing football, football, football.” Mariusz is a big Legia Warsaw fan, and I can imagine them playing out pretending to be their favourite players and enthusiastically commentating as they smashed in goal after goal, as I would do the same thing as a kid with my two brothers (though it was a long time ago for me!). Though Mariusz is quick to say that he’s now to old to play, but he still enjoys watching the game.

Working his way up through the village school, into the secondary school in town and eventually on to the state-run college, it was clear that Mariusz had an aptitude for engineering, even the maths, which he grimaces at the thought of as we talk about his past. “I didn’t like studying the maths. It wasn’t my favourite, but I needed to work hard and understand it, because I wanted to do engineering.” College study was intense, and he tells me that they expected a lot from him, but after 4 years he graduated with his Engineering Diploma and set off to find work.

His first job put him in an office working on the technical engineering drawings. To be honest, this really didn’t do anything for Mariusz. He hated being stuck in an office and he much preferred to getting his hands dirty on the machines. Before long he switched jobs and got to do just that and was much happier. His love of building things continued as he changed job again as he joined his Dad in the construction business, building houses. He did this for 3 or 4 years and just loved the practical nature of the work and seeing something grow in front of his very eyes.

At this point in his life Mariusz had a partner in life, Marta. They had grown up living just 4km away from each other and had a similar circle of friends. They met at a party and the rest is history, and they’ve been together for 20 years now. But back in 2009 they decided they wanted to get married, but the job market and wages in Poland at the time were very tough. They just about had enough money to live, but certainly not enough to get married. So, they hatched a plan where Mariusz would go to the UK for 3 months, get a job, earn enough money to pay for the wedding and come back to Poland to get married. 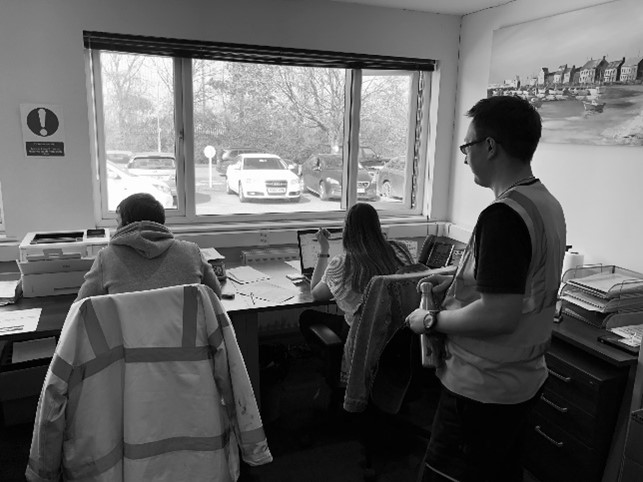 When he landed in England, that 3-month gig was going to be at RS Components in Corby. This qualified engineer got a job picking and packing in a warehouse, so he could make enough money to give him and Marta the wedding they’d dreamed of. I ask Mariusz what it felt like to go from being and Engineer to working in a warehouse. He smiles at me, shrugs and tells me an old Polish saying, “We’re born for living, not for working”, and explains that he was happy and content because he was earning good money and it was for a good reason, and that made him happy.

The 3 months turned into a year, but at the end of that year they had saved enough, and they went back to Poland and got married. Pretty soon after that, they came back to England to find more work and settle down. This October, they will have been in the UK for 12 years. When they returned to Corby his contract had finished, money was thin on the ground and it was hard. A friend suggested that he have a look at Technical Foam Services who were looking for machine operators. He got an interview and was given a 9-month contract through an agency again. On arriving at TFS he was immediately made to feel welcome and was back working with machinery. He was surrounded by good people and over a period of 5 years got to work on and understand the majority of the machines in the factory.

Over that time Mariusz became a bit of a go-to-guy in the factory, and would often be asked for advice from others. As a result of this he was asked if he would cover a Supervisory position whilst that supervisor was on holiday. Reluctantly, Mariusz agreed. He was reluctant because he had concerns about making the transition from colleague to supervisor and the change that could make to his relationship with his peers. “I’m a nice guy, and I didn’t want to have to become a tough guy”, explaining that his impression of what would be needed to be a successful supervisor. But 3 years on and Mariusz is proof that good guys can still be effective leaders. “I’ve had to toughen up a bit, but I’m still able to be me and remain a good guy at heart”, which is fully in keeping with the overall feel you get when you visit TFS or talk to any of the team about what it feels like to work there. “Plus, I like to see people improve and do their best, which is something I get to help with.” 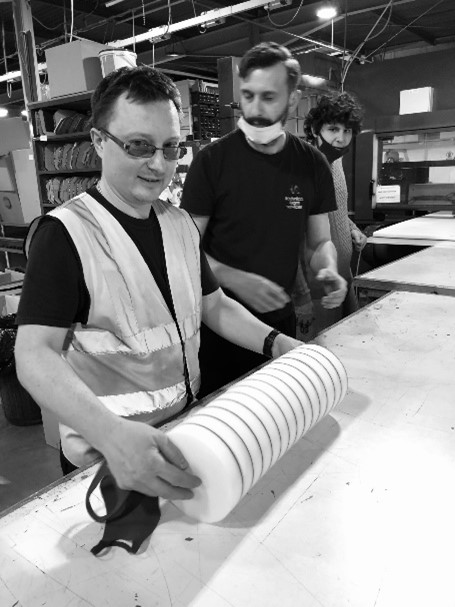 Whilst Mariusz was initially worried about taking the job on, he’s learnt the secret to long-term success in the role, of being able to switch off from work when the shift is over. There are two things that help him do that. Firstly, he’s a keen cyclist. He loves to get with his mates, strap the bicycles to the back of a car, head up to Derbyshire and ride amongst the countryside, thinking nothing of peddling a 50 or 60km route. “I love it when it’s just me, my friends and the scenery. It’s beautiful and I just switch-off from everything else.” The second way Mariusz relaxes is spending time in the garden. He loves all aspects of gardening, whether it’s tending his lawn, or manicuring the borders or planting new plants and flowers. “I just love to see things grow”, he said. Maybe this is why he’s doing well as a the “strong nice-guy” supervisor? Maybe its not just plants and flowers he likes to see grow. Maybe it’s the same with his team, as he supports them, encourages them and occasionally cajoles them into action at work? From what I’ve seen and heard, I think he gets quite a kick from that, but I’m not sure this humble, quietly confident but slightly reserved man will ever let on. I’m interested to see where his journey will go next.