Graphite Foam: All You Need to Know 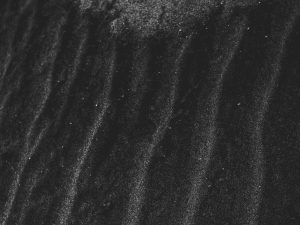 Flexible polyurethane (PU) foam, because of its relatively low cost and attractive property profile, is used in a variety of applications such as automotive seating, transportation, upholstery and bedding, packaging and medical applications. However, due to its low density and open cellular structure PU foam has a large surface area and high air permeability and is therefore highly flammable upon the application of a sufficiently high ignition source and oxygen.

It is necessary to minimise the rate and level of mass loss during combustion, particularly for the most demanding applications such as mass transport, therefore flame retardants (FR’s) are added to improve the flammability properties of the foam. The choice of FR additive is largely dependent upon the intended application of the foam and the specific flammability requirements that the foam has to comply with. The type of FR used and the level of addition will influence the ease of ignitability, ability to create a char, burning rate and smoke evolution.

One of the most successful char promoting agents used to impart good flame resistance in PU foams and other polymer materials is expandable graphite which is manufactured by the oxidation of graphite using sulphuric acid and other oxidising agents. The layered platelet structure of graphite flake allows it to absorb the acid readily to create an intercalated graphite which, when exposed to high ignition sources, expands due to vaporisation of the intercalant and creates an intumescent char layer. Various grades of expandable/intercalated graphite are available. Differences in the method of intercalation used, purity of the original graphite flake, particle size and particle thickness all have an influence on the overall expansion achieved and the temperature at which expansion begins.

One of the main characteristics of graphite polyurethane foam is that there is no melting and dripping of the foam when exposed to a high heat source which helps in preventing flame spread. Creation of a char layer dramatically reduces the heat release rate, mass loss, smoke generation and toxic gas emission. Flexible graphite polyurethane foams can be manufactured on conventional slab stock foam making machinery or as moulded foam. Due to its very good fire retardant properties, graphite foams can be modified to meet a number of high hazard applications. 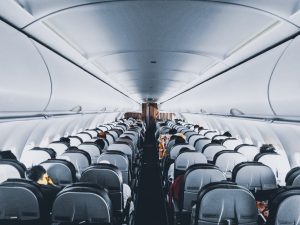 Graphite foam is approved by a number of airlines worldwide for aircraft seating and meets the following requirements:

Meets the requirements of EN45545 a proposed new European Standard for rolling stock fire safety testing although this standard has not yet been fully adopted. At the moment there is a period of co-existence with currently accepted national standards such as:-

BS 7176 : 2011 specifies the requirements for resistance to ignition of  upholstered furniture for non-domestic seating by testing composites. In essence the standard sets requirements for the ignitability of upholstered seating for different end use applications. Four hazard categories from low hazard to very high hazard are identified. Graphite foams can be formulated to comply with all categories including very high risk areas such as prisons and psychiatric units.