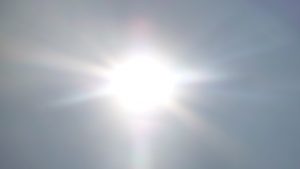 Polyurethane foam has many uses and applications, some of the notable properties of PU foam include providing acoustic and thermal insulation. Where a flexible foam is required, it can also be manufactured for fitting and sealing purposes.

The most commonly used aromatic isocyanate for flexible polyurethane foam is Toluene di-isocyanate (TDI), whereas for high resilient, semi-flexible and microcellular foams various types of Diphenylmethane di-isocyanate (MDI) are used.

The yellowing that can occur in UV exposed polyurethane foam is a surface effect and has no significant impact on the physical properties of the foam.The degree of yellowing depends on the intensity of the radiation that the foam has been exposed to.

Ultraviolet radiation breaks down bonds in the polymer via a free radical reaction (free radicals are atoms that contain an unpaired electron). These reactions can be complex, resulting in various coloured species being formed. 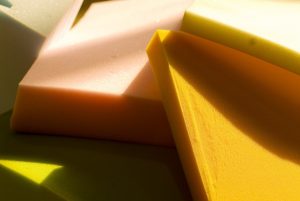 Enhancing the UV resistance of polyurethane foam and preventing discolouration

To prevent the discolouration of polyurethane foam, and enhance its UV resistance, light protecting agents and stabilisers can be added to the foam formulation at the manufacturing stage. These additives can be split into the following two groups:

UVAs function by absorbing harmful ultraviolet radiation and dissipating it as thermal energy.

HALs do not absorb ultraviolet radiation but act as radical scavengers to inhibit degradation of the polymer. Due to the fact that hindered amine light absorbers are regenerated rather than consumed during the stabilisation process, they tend to be more capable of providing better, longer-term light stability than UVAs.

Aliphatic isocyanates are considerably more expensive than the aromatic isocyanates normally used, and therefore the manufacturing costs to produce light stable foams are higher than for standard polyurethane foam manufacture.

Learn more about the other specialist uses of polyurethane foam such as in reticulated foams and in sports and leisure applications.